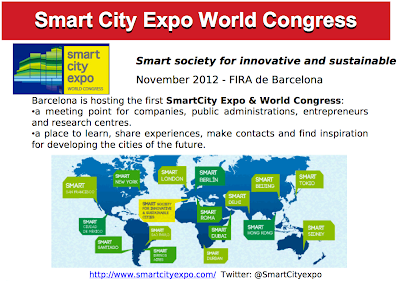 Down at the Ajuntament, Barcelona’s planners never sleep. For years now, they’ve been working on hugely ambitious plans to make this the most technologically advanced city in the world. The latest step, unveiled March 1st, is a partnership with Cisco Systems to create something called the ‘Barcelona Institute of Technology for the Habitat’.

The city is committed to building a new campus for it in the heart of it’s rapidly-developing high-tech district ‘22@’ (pronounced vint-i-dos arroba), near Plaça de les Glòries Catalanes and Jean Nouvel's Torre Agbar. ‘BIT for the Habitat’, as they call it, will be a centre for research and education into ways technology can improve city life. For Cisco, it’s enlightened self-interest. They make software and systems, and they want to help cities learn to use them in the same way that GE, Westinghouse and other firms helped wire cities for street lighting over a century ago.

For Barcelona, it’s all part of an umbrella plan called Barcelona Smart City, which hopes to use the latest technology to promote sustainable development and make city services more efficient. Since 2008 they’ve begun 43 pilot projects: redoing the street lighting system with LED technology, installing charging points for electric cars, smart metering for gas, electricity and water, a computerized system to lead drivers to available parking, and more bike lanes on the streets. They have plans to make better use of the rain water that falls on the city, to start a system of electric and solar-powered motorbikes for public use, and to create entire city blocks that are self-sufficient in energy. 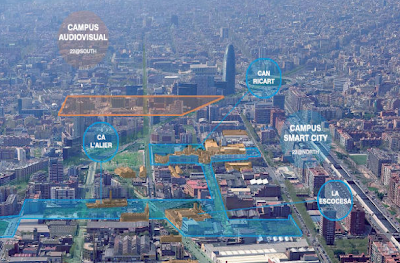 Posted by Dana Facaros and Michael Pauls at 04:16 No comments: